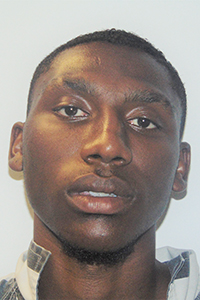 Chandler Michael Harris, 22, who gives a Slidell address, has been in the Washington Parish Jail since 2019 after being arrested by the Bogalusa Police Department and charged with pornography involving juveniles. He was arrested again on Wednesday by Washington Parish Sheriff’s Office jail deputies on a charge of aggravated battery, according to WPSO Chief Deputy Mike Haley.

Haley said that the charge was the result of an investigation into an assault with injury on another inmate by Harris. The assault was witnessed by a jail deputy and then verified by recorded surveillance video. Jail officials obtained an arrest warrant from the 22nd Judicial District Court and arrested Harris.

“Our jail is full of folks who can’t function properly in society,” Washington Parish Sheriff Randy Seal said. “Some of them carry that same mindset into the jail. I am grateful for a jail staff that carefully monitors inmates 24 hours a day, seven days a week, 365 days per year, around the clock. It is a tough job and they handle it well.”