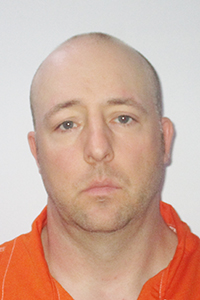 Brandon Applewhite, 36, a Bogalusa firefighter who resides on Louisiana Highway 436, was arrested on Monday and charged with second-degree rape, according to Chief Deputy Mike Haley of the Washington Parish Sheriff’s Office.

The arrest was the culmination of a joint investigation by detectives from the Washington Parish Sheriff’s Office and Bogalusa Police Department.

Haley said that Applewhite was previously arrested on May 4 by the Bogalusa Police Department. He was charged at that time with non-consensual release of a private picture, extortion and malfeasance in office. He was released from jail the same day after posting a $20,000 bond.

On Monday, following a search of his residence and the issuance of a warrant for his arrest, Applewhite turned himself into the Washington Parish Jail. Once again, he was released the same day after posting a $75,000 bond.

“This is a complex case of manipulation involving several females,” Seal said. “I compliment detectives from both agencies for their outstanding work in investigating this case and obtaining a warrant for Applewhite’s arrest.”