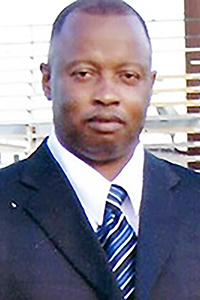 Louis Patrick Smith was born Dec. 21, 1953, to Robert and Mary Louise Dunn Smith. He departed his life on Sunday, May 30, 2021, at his residence in Bogalusa. He was a life-long resident of the Varnado/Angie Community.

Patrick was a proud 1981 graduate of Varnado High School. He enjoyed school and was always the life of the party, especially with his classmates.

Patrick was united in Holy Matrimony to Verneda Fland Smith. To that union, one daughter was born, LaDarricka Smith.

Patrick was employed with the family’s trucking business, Smith & Sons Trucking, for many years. He was a dedicated and devoted truck driver who loved truck driving dearly.

The funeral service will be 11 a.m. Saturday, June 12, at Mary’s Chapel U.M.C. in Varnado, the Rev. Terrence August, pastor, the Rev. Nolan Robinson, officiating. Interment will be in Robinson Cemetery.