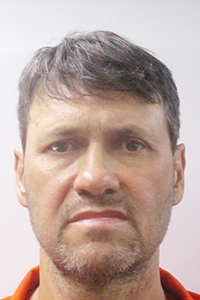 A Mississippi man faces numerous charges after crashing his automobile into a bridge railing on Louisiana Highway 21 north of Bogalusa, according to Chief Deputy Mike Haley of the Washington Parish Sheriff’s Office.

On Thursday, a WPSO deputy responded to a report of the crash and encountered William K. Mixon, 51, a resident of Rankin Road in Columbia, Miss., Haley said, noting that Mixon was obviously impaired and failed all roadside sobriety tests.

Haley said that Mixon was in possession of heroin and confessed to injecting the drug a short time earlier when he was in Bogalusa. The heroin was then seized and placed into evidence.

Mixon was arrested and transported to the Washington Parish Jail after he was medically cleared at a local hospital. At the jail, he was booked on charges of possession of heroin, driving while intoxicated, possession of drug paraphernalia, careless operation of a vehicle, no driver’s license and contempt of court.

“I’m grateful no one was injured,” Washington Parish Sheriff Randy Seal said. “The bridge railing could easily been another vehicle. Impaired drivers are a menace to all motoring citizens. Thanks, officer, for getting Mixon off of our highway and taking more illegal drugs out of our community.”