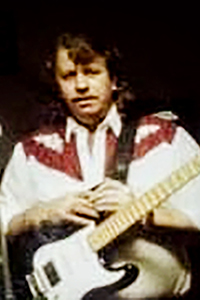 Mr. Kevin Amil Kuhn, 57, passed away May 30, 2021, in Bogalusa. Mr. Kevin enjoyed playing music and singing. Mr. Kevin also loved the Lord and his family. Mr. Kevin will be sadly missed, but we who believe in Christ know that we will see him again in Heaven.

Mr. Kuhn is survived by his daughters, Ashley Lyall and Tara Garcia and her mother Karen Hailey. He is also survived by his grandchildren, Steven, Tyler, Gannon, Angelo, Camden, Blake, P.J., Colin and Alyssa; along with his siblings, Richard D. Kuhn, Lisa Kuhn-Helton, Roy A. Kuhn and Macy Kuhn.

Mr. Kuhn was preceded in death by his parents, Richard A. Kuhn and Margie L. Kuhn; and a brother, Raymond Todd Kuhn.

Visitation will be held a Poole-Ritchie Funeral Home on Sunday, June 6, from noon until the time for the services at 2 p.m., with interment to follow at Emmanuel Missionary Baptist Church Cemetery with Bro. Rusty Kuhn officiating.