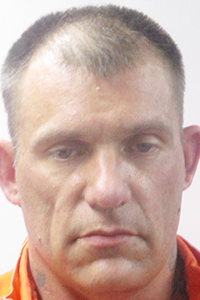 On Thursday, a Washington Parish Sheriff’s Office patrol deputy was responding to a complaint of a home invasion in process. While headed to the location, the deputy was informed by dispatch that the suspect had left the residence, according to WPSO Chief Deputy Mike Haley.

As the deputy approached the scene, he observed a male who fit the description given by the homeowner standing in the middle of the highway, Haley said. The officer apprehended the suspect, arrested him and transported him to the Washington Parish Jail. The victim identified him as the person who entered her home, Haley said.

Damon Anthony Brown, 41, a resident of Superior Avenue in Bogalusa, was charged with home invasion.

Haley said that Brown has an extensive arrest record in Washington Parish. In at least nine previous arrests, he faced numerous charges such as burglary of an inhabited dwelling, burglary, several counts of theft, several counts of being a convicted felon in possession of a firearm, contempt of court and several counts of failure to appear in court.

“Our deputy’s quick response removed a burglar from our community,” Washington Parish Sheriff Randy Seal said. “I am so pleased the homeowner was not harmed during this unwarranted entry into her home. Thanks, officer, for a job well done.”