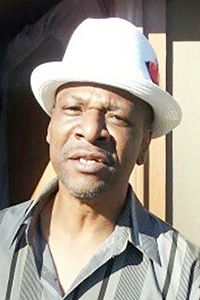 The end of this life is the beginning of a new life far better, far sweeter, without pain, sickness, sorrow, hurt and most of all no more suffering. To everything there is a reason and a time to every purpose under the heaven, a time to weep and a time of war, and truly there has been war. I can’t fight anymore battles. I’m tired, it’s time to take my rest.

Arnold Lee “Molly” Forbes Jr., 59, of Bogalusa, surrounded by his family, departed life from this world of sin, sorrow, and pain to a place of eternal rest on May 26, 2021.

Arnold was in poor health for 18 years, but never complained. He bore his illness patiently and would often try to make members of the family feel that he was not suffering. He chose to tell the Lord about his suffering. His favorite line was “Thank you Jesus” and Ooooooohhhhh and Yeah, Yeah, Yeah Yeah. Arnold was a diehard Dallas Cowboys fan. Molly will be remembered for his love and concern for people and devotion to his community and lifelong friends.

Friends and family are invited to the drive-by visitation on Friday, June 4, from 3 p.m. until 6 p.m., at the Crain and Sons Funeral Home in Bogalusa. The funeral service will be held at 1 p.m. on Saturday, June 5, in the chapel of Crain and Sons Funeral Home, 809 E. 3rd St. in Bogalusa, with the Rev. Christopher Matthews officiating. Interment will follow in the veterans’ section at Bogalusa Cemetery.