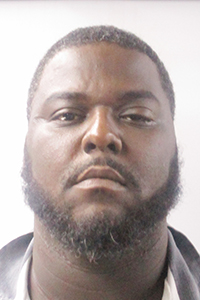 On Thursday, parish resident Richard Lonterry Andrews, 35, a resident of Happy Acres Road southwest of Franklinton, was arrested by detectives with the Washington Parish Sheriff’s Office Drug Task Force. The arrest occurred near the intersection of Black Jack Road and North Lee Road, according to WPSO Chief Deputy Mike Haley.

“While on criminal patrol in the area, a task force detective observed Andrews committing traffic violations,” Haley said. “He stopped him and, along with other detectives, discovered a quantity of crack cocaine, methamphetamine and other illegal drugs in Andrews’ vehicle along with a loaded semi-automatic pistol.

Andrews was booked into the Washington Parish Jail on three counts of possession of illegal drugs with intent to distribute, being a convicted felon in possession of a firearm, possession of drug paraphernalia and a traffic offense.

Haley said that Andrews has four previous stays in the Washington Parish Jail, beginning with a 2006 arrest for felony possession of stolen property. He was arrested again in 2014 and charged with possession of illegal drugs with intent to distribute, failure to appear in court and several traffic offenses. In 2017, he was arrested for contempt of court. His final previous arrest was in 2020, when he was charged with three counts of failure to appear in court and two counts of contempt of court.

“This was a good arrest,” Washington Parish Sheriff Randy Seal said. “Our detectives removed not only illegal drugs but also an illegal weapon from our community. I’ve said this before, and I’ll say it again — if you are involved in the illegal drug culture, expect to be arrested sooner or later. Time is on our side and eventually we will catch up with you, and when we do, you’re headed to jail.”