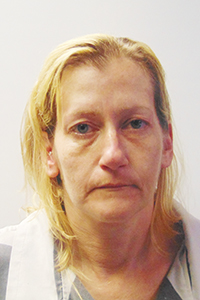 On Tuesday, Aimee Lynette Galloway, 46, a resident of Galloway Road, was arrested and booked into the Washington Parish Jail, charged with two counts of false report of a crime, terrorizing and injuring public records.

Washington Parish Sheriff’s Office Chief Deputy Mike Haley said that the incident leading to Galloway’s arrest began the previous day, when she reported that an ex-boyfriend attempted to gain entry into her house by kicking in the door.

“This is the same woman who was involved in an incident a few days ago on Highway 21 south of Bogalusa,” Washington Parish Sheriff Randy Seal said. “This is the same woman who reported she was carjacked on May 20, by the same individual she later accused of trying to gain entrance into her house. It seems as if Miss Galloway has some serious issues she needs to explain to a 22nd Judicial District Court judge.”