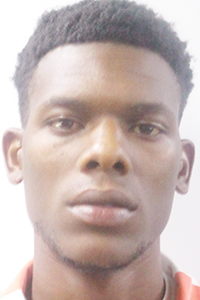 On Tuesday, a detective with the Washington Parish Sheriff’s Office Drug Task Force was patrolling inside the town of Franklinton when he encountered a driver committing traffic violations, according to WPSO Chief Deputy Mike Haley.

Haley said that the detective stopped the vehicle and discovered the driver, Jamal M. Abron, 27, a resident of Lenora Street, did not have a valid driver’s license.

Haley said that other detectives arrived on the scene and conducted a search of Abron’s vehicle. The search reportedly revealed a large quantity of illegal pills broken down into smaller bags for sale.

Abron was arrested and booked into the Washington Parish Jail, charged with possession of illegal drugs and traffic offenses. In addition, it was discovered he had an outstanding warrant from the 22nd Judicial District Court.

“Possess or sell illegal drugs, and you are destined for a trip to jail when we catch you,” Seal said. “I am so grateful for the constant vigilance of our narcotics detectives as they roam throughout the parish, on the lookout for illegal drug activity.”