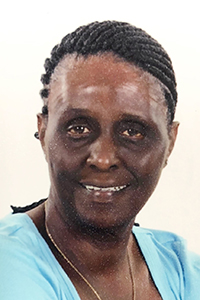 Lois Williams Owens was born on Aug. 5, 1949, to the late Deacon Edward “Pap” and Pearl Span Williams. She attended Central Memorial High School and was a member of the graduating class of 1968. After graduation, she attended Louisiana State Beauty School and received her cosmetology license in 1970.

She was married to Charles Owens and to this union were born two daughters. Later, she met the love of her life, Luther “Hard Walking Red” Taylor. They remained inseparable until his passing.

She was preceded in death by her parents, Deacon Edward and Pearl Williams; a daughter, Danielle Owens; a special companion, Luther Taylor: a sister, Betty Maddock; brothers, John Williams and Gene Williams; and a godson, Craig Thomas.

A drive-through viewing will be Friday, May 28, from 4 p.m. until 6 p.m. at Crain and Sons Funeral Home in Bogalusa.

Bayou Lacombe defeated in 2nd round of postseason