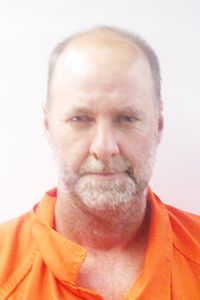 On Thursday, a Washington Parish Sheriff’s Office patrol sergeant responded to a call for assistance on Highway 21 south of Bogalusa, according to WPSO Chief Deputy Mike Haley.

Arriving at the scene, he discovered a distraught woman hiding in the restroom of a business, Haley said. The woman reportedly stated that she had been pulled from her car, which was then forcibly taken from her. The officer located the vehicle on the premises and arrested the driver, Haley said.

Timothy Dewayne Mizell, 51, a resident of Hunt Road, was arrested and booked into the Washington Parish Jail on charges of carjacking and battery.

“I’m so pleased this lady was not harmed,” Washington Parish Sheriff Randy Seal said. “Whatever the circumstances, Mr. Mizell seems to have over-reacted. Our officer did a good job, possibly preventing the entire situation from escalating.”

The following people were booked into the Washington Parish Jail, on May 20, 2021: Tricia Cortez, in for court Dorman... read more