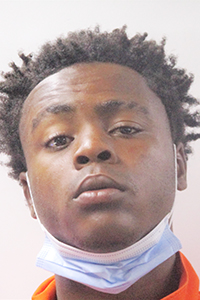 On Sunday, Washington Parish Jail inmate Gerderius M. Nelson forcibly removed a metal bar from an inmate bunk and attempted to use the metal as a weapon against another inmate, according to Chief Deputy Mike Haley of the Washington Parish Sheriff’s Office.

Haley said that Nelson destroyed a jail issued mattress during the incident, and also attempted to sabotage a jail surveillance camera. Corrections deputies who viewed the incident on surveillance monitors removed Nelson from the housing unit and secured him in another area of the jail, Haley said.

After a review of the incident, which was captured on video, corrections deputies obtained a warrant for Nelson’s arrest on charges of two counts of criminal damage to property and tampering with surveillance equipment.

Nelson, 19, a resident of Max Brumfield Road, faces these new charges in addition to the initial charges lodged against him on April 7 when he was arrested by the Franklinton Police Department. Charges stemming from the initial April arrest are two counts of vehicle burglary, aggravated battery, criminal damage to property and possession of contraband in a correctional facility.

“Video evidence doesn’t lie,” Washington Parish Sheriff Randy Seal said. “With recorded video, it is what it is and what happened can’t be denied. I appreciate the constant hard work of our corrections deputies to maintain order in a jail full of disorderly folks.”