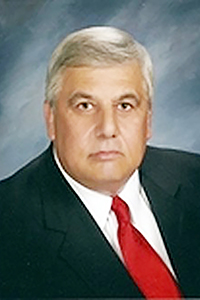 Prior to Monday night’s Washington Parish Council meeting, a public hearing was held to discuss eight ordinances. One ordinance was for hearing comments from the public concerning the parish’s performance of the activities funded under the FY2019 Community Development Block Grant Program. Another ordinance was for authorizing the conveyance of immovable property owned by the parish government. The next ordinance was to authorize and direct the parish government to apply for and administer a grant through the Louisiana Community Development Block Grant-Coronavirus HVAC Improvements Program. After that, an ordinance was heard to levy taxes for the 2021 millage at the same rate as the prior year, which is a tax given by the state constitution that must be levied every year. The rest were ordinances accepting roads into parish inventory with the exception of abandoning 0.15 miles of Robert Stuart Road.

After the formalities of opening the meeting and approving the minutes of the former meeting, all of the above ordinances were voted on and passed unanimously. A resolution authorizing an intergovernmental agreement between District Attorney Warren Montgomery’s Office and the Washington Parish Government was passed. Deja Vu Lane, Poole Drive, David Drive, Kelli Lane and Dennis Road (sometimes referred to as Denise Road) were added as parish roads.

In public participation, Ms. Vaughn, Lynette Sharp, Jennifer Brown, Wilson Lagraize (a partner in the financial auditing firm for the parish government), Jo Beth Valentina, and Wilda Fisher came forward to express concerns of a proposed solar farm off of State Highway 16 west of Franklinton. While there are no numbers available yet to predict revenue coming into the parish government from the proposed solar farm site on Highway 16, Financial Director Donna Graham said that the parish should receive around $1.6 million in sales tax from the solar farm located at the LSU Southeast Research Station. The parish has already received $524,000 in permit fees from the experiment station endeavor. The parish sales tax of 4.83 percent will go to the following dedicated funds:

Richard Berry, a resident of the Oak Grove community who is subject to the Riverside Medical Center millage, asked for an update on a question he asked the council in the previous meeting about RMC not accepting the medical insurance of residents subjected to the millage. Parish President Richard “Ned” Thomas Jr. assured Berry he would get him an answer, saying he had reached out twice to RMC with no response.

In the President’s Report, Thomas announced that two weeks ago the parish was at a 3.7-precent positivity rate for COVID-19 and that now we are at a 1.2-percent positivity rate. Graham handed out the financial report for the 2021 first quarter, said all funds are in a positive balance, and that the auditors should be finishing up the audit report by the end of the month.

Council members all agreed and approved the final review of Sections 1-01 through 2-10 of the Washington Parish Charter revisions and are now reviewing Sections 2-11 through 4-03.