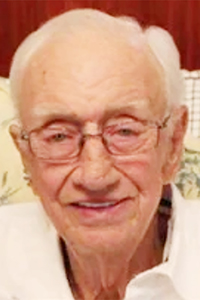 Lawrence Ray Mikeska, 81, a resident of Franklinton, passed away peacefully Tuesday afternoon, May 11, 2021, at Riverside Medical Center. He was born Oct. 14, 1939 in Shiner, Texas, and moved to Washington Parish as a young man.

Lawrence has a lifetime career in the oil and petroleum industry as a drilling consultant, working for many years alongside Anadarko before retiring from B.H.P. Billiton. He was currently a member of First Baptist Church of Franklinton. He was previously a longtime active member of Isabel Baptist Church and served as a church deacon for 38 years. Lawrence loved to play golf as often as he could, including early Saturday mornings with his “Dew Busters” group, and was a member of the Franklinton Country Club.