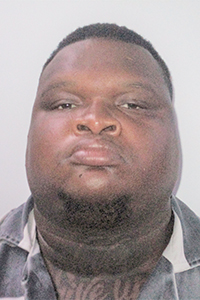 In September, Washington Parish Sheriff Randy Seal issued an alert asking the public to help identify the thief who stole a motorcycle in the Mt. Hermon area. Washington Parish Sheriff’s Office detectives assigned to the case were able to identify Rogerick Jamal Jones, 30, a resident of Old Columbia Road, as the thief, according to WPSO Chief Deputy Mike Haley. A warrant was obtained for his arrest and Jones reportedly eluded authorities until this week.

Haley said that Jones was arrested Tuesday, after a traffic stop on Louisiana Highway 10 at Byrd Road. Based on the outstanding warrant, he was taken into custody and transported to the Washington Parish Jail.

Jones was booked on charges of theft of a motor vehicle, theft, possession of stolen property, six counts of contempt of court, driving under suspension and not having a license plate on his vehicle.

Haley said that Jones has three previous stays in the Washington Parish Jail since two arrests in 2014 when he was arrested for contempt of court, two counts of failure to appear in court and being a fugitive from another jurisdiction and two months later for possession of a stolen firearm and possession of stolen property. His third previous arrest was in 2018 for five counts of failure to appear in court.

“It seems Mr. Jones has a problem meeting his court commitments,” Seal said. “He is out of jail on bond for the latest charges and only time will tell how his latest offenses play out in court. Our officer did his job and I am grateful for that.”