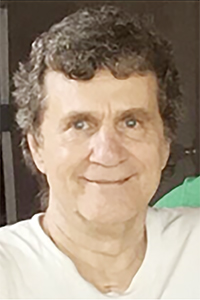 Beloved father, grandfather, and uncle, John Dennis “Denny” Sumrall of Bogalusa passed away on May 6, 2021, in New Orleans. Born in Bogalusa on Dec. 15, 1952, to the late B.L. and Sue Sumrall, Mr. Sumrall was a Member and Deacon of First Presbyterian Church in Bogalusa. Mr. Sumrall served his country in the U.S. Army.

Visitation will be held at Poole-Ritchie Funeral Home in Bogalusa on Monday, May 10, from 9:30 a.m. until the services at 11 a.m. The Rev. Darryl Fortenberry and the Rev. Harold Gaddy will officiate the service and interment will follow at Ponemah Cemetery. Military graveside rites will be performed by the American Legion Magic City Post #24.