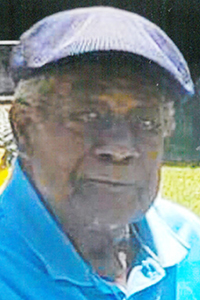 Roosevelt (Bell) James was born to the late Garfield James and the late Melissa James.

Brother Roosevelt (Bell) James was preceded in death by his wife, Diann C. James; one son, Wayne A. James; and one brother, Aurthor James.

Drive-through viewing will be Friday, May 7, from 2 p.m. until 4 p.m. at Crain and Sons Funeral Home of Franklinton.

The funeral service will be on Saturday, May 8, at 11 p.m. at Sweet Rest Baptist Church, with the Rev. Norwert Hills, pastor, officiating. Interment will be at the Sweet Rest Cemetery.

Crain and Sons Funeral Home of Franklinton is in charge of arrangements.