Sheriff: Inmate arrested at jail for assaulting another inmate 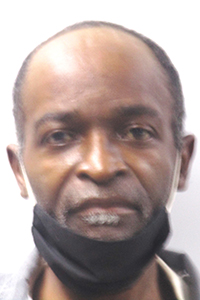 Anthony Donnell Lucas, 51, an inmate in the Washington Parish Jail, was arrested on Friday for assault on another inmate, according to Chief Deputy Mike Haley of the Washington Parish Sheriff’s Office. Haley said that the assault was recorded on surveillance video, which was reviewed by corrections deputies.

On Thursday, jail deputies observed an assault occur in one of the jail’s male dormitories, Haley said. Lucas was reportedly observed physically assaulting another inmate without provocation. Based on review of the incident and video documentation, a warrant was obtained for the arrest of Lucas for the assault, Haley said.

“Our corrections deputies are constantly on the alert for misbehavior in the jail,” Washington Parish Sheriff Randy Seal said. “Just because you are locked up doesn’t mean you can’t be arrested again. We have a sophisticated camera surveillance system throughout the jail and video always portrays an accurate picture of what occurs. We have phenomenal jail deputies who do an outstanding job monitoring inmates and protecting the citizens of Washington Parish 24 hours per day.”