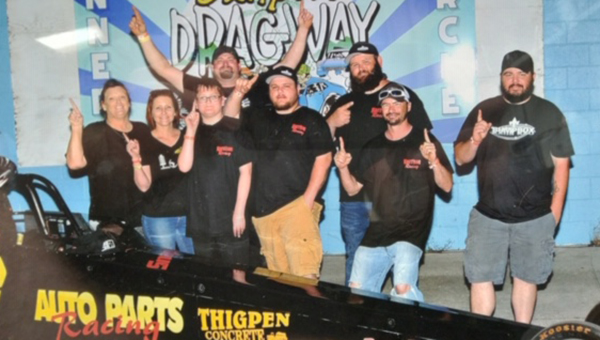 At Monday’s Washington Parish Council meeting a somewhat unorthodox proclamation was made honoring the Robert Harrison Racing Team for winning the Top Gun drag racing competition on Wednesday, March 10, and then going on to win the big Ford vs. Chevy Dragster Class Competition on Sunday, March 14, at the Gulfport Dragway in Gulfport, Miss. The proclamation read “Washington Parish is home of many talented and exceptional citizens in all areas of capabilities …”

The proclamation went on to say “… our parish is always proud of our local citizens and businesses for their dedication, talent and hard work …”