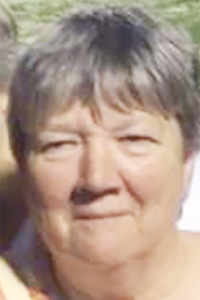 We are sad to announce Cheryl Johnson Prater went to be with the Lord on April 29, 2021, at age 66. She was from Bogalusa but resided in Franklinton. She was a member of Antioch Missionary Baptist Church. Cheryl worked as a correctional officer and retired from Rayburn Correctional Center and then worked part-time for the Washington Parish Sheriff’s Office.

Visitation will be held at Brown-McGehee Funeral Home on Sunday, May 2, from 5 p.m. until 9 p.m. and continuing Monday, May 3, from 8:30 a.m. until 10:30 a.m., with the funeral service following at 10:30 a.m. with Bro. Joe Romano officiating. Burial will be at Ponemah Cemetery in Bogalusa.

Brown-McGehee Funeral Home is in charge of arrangements.