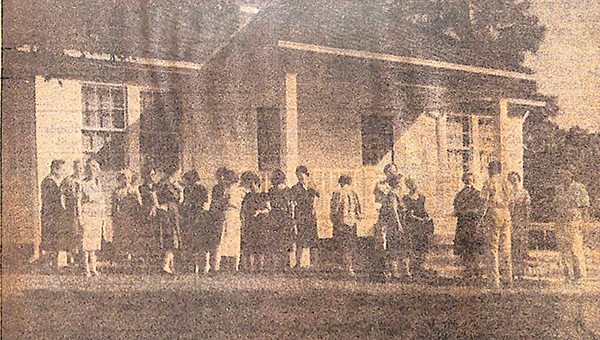 The first opening of the Bogalusa branch in June 1946 (housed at the Office of Price Administration).

From the time of the opening of the library, in a theater and at the Waverly Club (the Rock House) in Franklinton, to the first opening of the Bogalusa branch in June 1946 (housed at the Office of Price Administration) many dedicated people have worked to ensure the establishment and growth of the library. Among the many such notable and dedicated library activists are Ms. Helen Dykes Peck and Mrs. Lenore Johnson, whose service ensured the endurance of many decades of change. Mrs. Peck, who will celebrate her 100th birthday on May 4, was the second library director (1947 to 1952). Mrs. Peck worked with Essae Mae Culver, the first state librarian and the 1941 president of the American library association. Mrs. Thelma Dixon, another dedicated member of the library staff served as director from 1953 to 1971.

All parties worked to ensure that all of the communities in the parish were served. The library first started as a demonstration library which was assisted by the Louisiana State library in working with the larger communities in Washington parish on a grant from the Carnegie Foundation in the 1940s. Essae Mae Culver, acting as State Librarian of Louisiana under laws passed in 1920s, was chartered to oversee that this grant made sure that interested communities received funding and books to start a basic collection for the citizens of a given parish. The Thomas family from the community of Thomas has also been instrumental in the development of the Washington Parish Library system. The family, starting with Mr. Aroe and Mrs. Naillene Thomas, felt the need to increase literacy in the community so they opened and operated a small library facility in their general store at the Thomas crossroads for many years. Mrs.Thomas was very instrumental in the early founding and operation of a number of the smaller branches located near the Thomas library, as it was her wish that the library maintain a presence in the community by all means. Their son, Dr. Jerry Thomas, continued his family’s support of the library.

When Dr. Jerry Thomas was elected to the office of state senator from this area in early 2000, he worked to ensure that his mother’s wishes were carried through. He donated the property and secured grant funding for the building that presently houses the Thomas Library. Thanks to the effort made by Dr. Thomas, the library has been able to maintain this presence for the last 20 years. His gracious efforts and generous support in the donation of time, property, and effort have ensured that the residents of the Thomas and Pine communities will have a library in that is capable of meeting their needs in many ways. Recently, the library, Thomas Elementary school, and the local fire district have partnered with Dr. Thomas to reconfigure the area near the Thomas crossroads to ensure better community access and to make room for possible expansion of the library in the near future. This expansion would enable the library to further meet the needs of members of community.

For a number of years now the library has received grants very similar to the original Carnegie grant and collection which got the library started 75 years ago. In 1998, the Bill and Melinda Gates Foundation gave the library the opportunity to have computers, training, and Internet access so that citizens could use computers outside the classroom on their own for the first time. This has evolved to the point that the library has numerous computers, wireless printing, wireless access, and circulating wireless devices along with many other electronic services. Other grant funding has been obtained through the efforts of Mrs. Winola Holiday and Mrs. Marian Porter who run the Enon branch. In the past seven years, they have procured almost eighty thousand dollars (much of it from the International Paper Foundation) which has enabled the library to purchase books for the branches children’s collections, incentive books to give to children, and supplies for children’s programs. Most recently, Mrs. Etta D. Magee, Assistant Director of the library and Technology Administrator, obtained a grant from the Institute for Museum and Library Services to enhance wireless access throughout the parish in an effort to assist in virtual learning for students. Mrs. Magee has been emblematic, not only the library, but for those who work within its walls. Mrs. Magee came to the library in 1993 as a part time worker working essentially for just a few months. That part-time position has grown exponentially into an executive position with Mrs. Magee being responsible for all technology and training for the library system.

The library still maintains traditional sources and purchases thousands of books and hundreds of DVD’s, magazines and other materials. While much has changed in 75 years, the library still delivers on open access, providing materials for patrons, providing information, and instruction when necessary. The administration and staff of the Washington Parish Library along with the Library Board of Control would like to thank the patrons of Washington Parish for their support over these many decades and to assure them that the library will continue providing the many invaluable services to the communities of the parish.