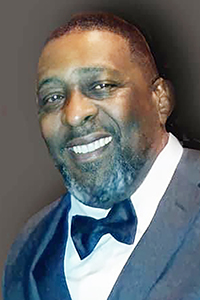 Clifton Anders departed this life on Saturday, April 4, 2020, at the age of 63. He was born Dec. 14, 1956, at Charity Hospital of New Orleans, to the late Charles Anders Sr. and the late Willean Quinn Anders.

He was the brother of Delores Quinn, Charles Anders Jr., Connie Martin (Michael), Sheila Anders, and the late Reginald Anders. After graduating from Bogalusa High School, he entered the U.S. Navy and was honorably discharged after 17 years of service. Clifton received an Associate Degree of Electronic Technology and worked in the Electrical Department of Northrop Grumman Industries until his retirement in 2008. He married the love of his life, Debra London, and they shared 22 years together.

Clifton was the father of Tekeema Spain, Crystal Anders and Everette (Selika) Bates Jr. Daughters in Love were Courtney Roy Clofer, Rosalind (Ivory) Franklin, Autaina Self (Pastor Darry) and the late Angela Wilson (Robert). Brothers in Love were Morsie Porter, Pastor George Green and Joseph Jackson. He is also survived by a host of grandchildren, nieces, nephews, cousins, and other family and friends.