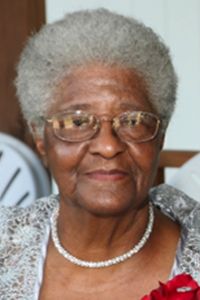 In loving memory of a great educator, loving mother, sister, grandmother and great-grandmother. It is with our deepest sorrow that we, the Spikes Family inform you of the passing of our beloved mother.

A wife, a mother, a grandma too,

This is the legacy we have from you

You taught us love and how to fight

A stronger person would be hard to find,

And in your heart, you were always kind.

You fought for us all in one way or another

For all of us you gave your best

And now the time has come for you to rest.

So, go in peace, you’ve earned your sleep,

Your love in our hearts we’ll eternally keep.

Mrs. Glory Brown was the third of eight children, born in Varnado, to the late Henry and Rebecca Forbes Johnson. She departed this life on Sept. 13, 2020, at the age of 81 years. She lived her life in the Varnado-Angie communities. She joined the Mary Chapel United Methodist Church at an early age and served and raised her children in that church. She later became a member of Live Oak U.M.C., where she served as the lay leader, a lay-speaker, Class leader and Chairperson of Worship, Nurture and Membership Care. She also served on District and Conference boards and committees.

Mrs. Brown completed high school at Wesley Ray High School, and graduated from Southern University in Baton Rouge, receiving a B.A. degree in Elementary Education. She received a Masters +30 degree at Southeastern Louisiana University in Hammond. She taught for 29 years as a faithful and loving teacher at Wesley Ray Elementary School in Angie, where she touched the lives of many.

She was married to the late Ellis Leroy Spikes in 1959 and to this union three children were born. She later married the late Rev. Robert N. Brown.

She was preceded in death by her late husbands, Ellis Leroy Spikes and Rev. Robert Brown; one grandson, Aaron Joshua Hillery; and three sisters and one brother.