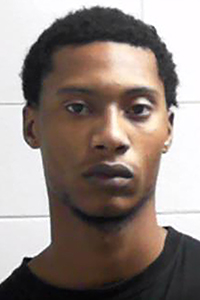 On Thursday, detectives with the Bogalusa Police Department arrested and charged Kelton Lamonte Johnson Jr. with second-degree murder and illegal use of dangerous weapons, in the shooting death of Montrell L. Quinn, according to BPD Det. Capt. David Miller.

Miller said that detectives investigated the shooting, which took place on April 3, outside of the convenience store located at 802 Sabine St. in Bogalusa. Detectives then sought and obtained warrants for Johnson’s arrest after reviewing the evidence in the investigation.

Johnson was booked into the Bogalusa City Jail on the active warrants and will await a transfer to the parish jail in Franklinton, pending a bond hearing.