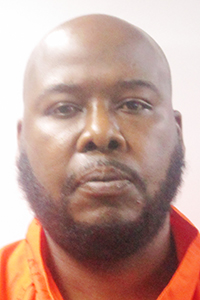 The investigation into the animal abuse began on March 8 when a WPSO sergeant responded to a report of animal cruelty, WPSO Chief Deputy Mike Haley said. Based on his observance of numerous dogs that were chained without food or water available, and at least one dog with obvious medical issues, the sergeant enlisted the assistance of an investigator, who in turn obtained the help of the Washington Parish Animal Shelter.

Haley said that a further investigation revealed cruelty to several dogs as well as dead dogs on the property. The living dogs were seized and transported to the animal shelter for evaluation by a veterinarian, Haley said.

“All dogs tested positive for intestinal and heartworms, in addition to other serious physical issues,” Haley said. “Eight of the dogs were medically euthanized and a ninth was transported to a veterinary clinic for surgery.”

Haley said that Magee has two previous stays in the Washington Parish Jail on charges ranging from attempted introduction of contraband into a correction facility to four counts of failure to appear in court and one count of contempt of court. He was released from his most recent charges on Sunday, after posting bond.

“This was an egregious case of animal cruelty,” Washington Parish Sheriff Randy Seal said. “I am grateful to our patrol sergeant, our investigator and the staff of the Washington Parish Animal Shelter, for their diligence in investigating this very unpleasant case.”