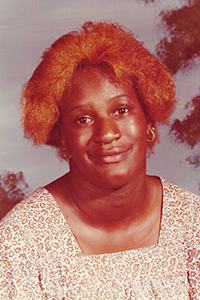 Jacqueline Keys was born April 18, 1961, in Bogalusa, to the late Ora Lee Stevenson and John Hodges. She departed her life on March 25, 2021, at Our Lady of the Angels Hospital.

She was preceded in death by her parents, Ora Lee Stevenson and John Hodges; three brothers, Melvin Moses, Alfred Moses and Freddie Moses; and one sister, Sandra Peters.

A drive-through viewing will be held on Friday, April 9, from 2 p.m. until 6 p.m. at Crain and Sons Funeral Home in Bogalusa.

The funeral service will be Saturday, April 10, at 1 p.m. at Crain and Sons Funeral Home, with the Rev. Darrel Self officiating. Interment will be in the Bogalusa Cemetery.