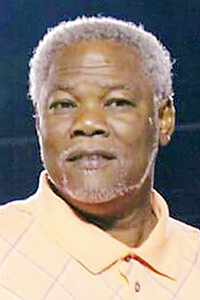 Eddie Jerry Adams passed away from the earthly presence in to the presence of the Lord on Sunday, March 21, 2021.

Eddie’s favorite pastime was fishing, cooking, and spending time with his loved ones. He often declared that he had “the best boil pots in the city!”

He was preceded in death by his mother, Alfreda Adams; his father, Eddie Adams Sr.; a son, Michael Adams; two brothers, Freddie Adams and Bobby Adams; and a sister-in-law, Sondra Adams.

A drive-through viewing was held on Friday, April 2, from 4 p.m. until 6 p.m. at Crain and Sons Funeral Home in Bogalusa.

A funeral service will be Saturday, April 3, at 2 p.m. at Crain and Sons Funeral Home, with the Rev. Edward Sartin officiating. Interment will be at the Bogalusa Cemetery.