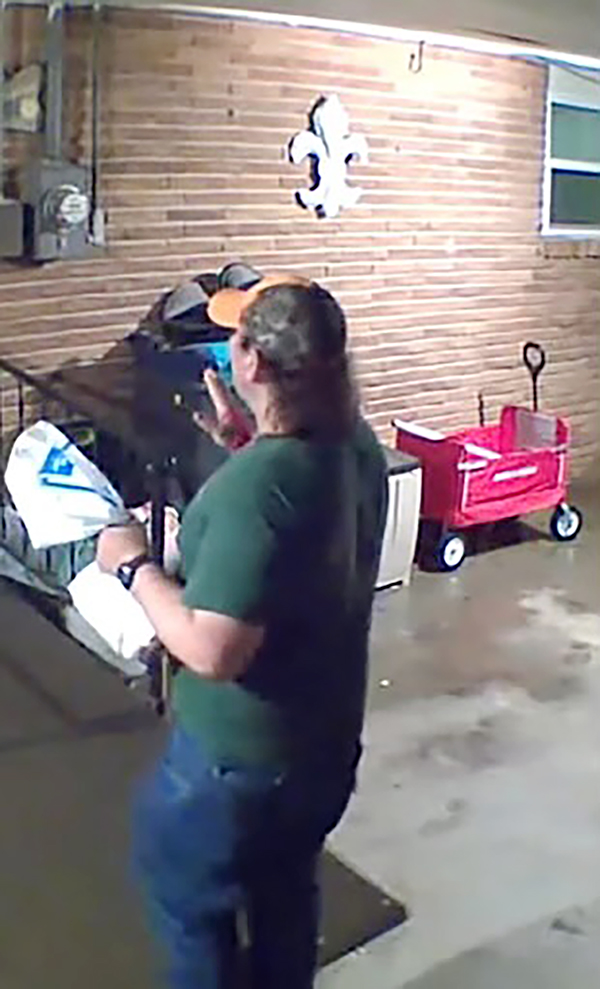 Washington Parish Sheriff Randy Seal is requesting the public’s help to identify a trespasser who was observed by a homeowner early Friday morning on Louisiana Highway 1072, according to Chief Deputy Mike Haley.

Haley said that video surveillance captured images of the intruder, who is described as a white male with long hair on the back of his head and who was wearing blue jeans, a green shirt and a cap. The intruder held a white bag in his left hand and possibly had a red identification tag on his arm.

“Help us identify this intruder,” Seal said. “We don’t know his intentions but we do know he had no business prowling around this residence in the early hours of the morning. A boat, motor and tractor were under the carport and easily accessible to the intruder. Let’s identify him so we can make an arrest.”

Any person who might be able to identify this man is asked to call Det. Randy Reviere at 985-839-3434, extension 1051. Callers may remain anonymous.