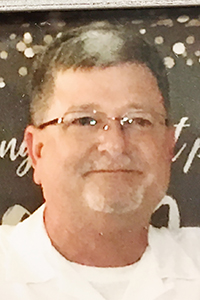 Todd Wilson Jenkins, born on Aug. 16, 1969, passed away surrounded by family on Wednesday, March 24, 2021, after a short battle with cancer. He was born and raised in Bogalusa but was a resident of Watson. An employee of Turner Industries for over 30 years, Todd served as a supervisor at the Exxon-Mobile Finishing Plant of Baton Rouge. He was loved by many and took great pride in his work. An avid outdoorsman, Todd enjoyed hunting and fishing as well as his new passion for raising quail.

Visitation will be at Brown-McGehee Funeral Home on Sunday, March 28, from 5 p.m. until 9 p.m. The funeral service will be held at the funeral home on Monday, March 29, at 11 a.m. with Bro. Lynn Martin and Bro. Jim Byrd officiating. Burial will follow at the Spencer Cemetery in Enon.