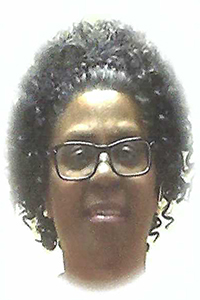 Arrangements have been made for the late Evelyn Patricia Henry Young. Visitation will be open to the public on Friday, March 26, from 2 p.m. until 6 p.m. at Cook Richmond & Sons Funeral Home Chapel, located at 638 Columbia St. in Bogalusa. A private closed funeral service will be held Saturday, March 27, at Kingdom of God Church, located at 814 Union Ave. in Bogalusa, with Apostle Kendon Grant Sr., pastor. Officiating will be the Rev. Dr. Linza Cotton, pastor of New Zion Missionary Baptist Church in Angie.

Evelyn Patricia Henry Young was called home by the angel of the Lord on Wednesday, March 17, 2021. “Tricia,” as she was known to her family and friends, was born on Jan. 7, 1959, to Mae Bell Henry and the late Rev. Otis Ezekiel Henry in Bogalusa.

Tricia was baptized at Mt. Zion Missionary Baptist Church at an early age, under the leadership of the late Rev. Dr. A.S. Nelson. She served on the Youth and Junior Usher Board and the Youth Choir.

Tricia attended school in the Bogalusa City School System. She graduated from Bogalusa High School in 1977. After graduating, she attended Southeastern Louisiana University in Hammond, Delgado University in New Orleans, and majored in American Sign Language Class of 1998. She completed studies at Nail Tech School and Medical Billing and Coding at Ultimate Medical Academy-Tampa, Class of 2014.

Tricia worked in the Bogalusa School System as a Sign Language Interpreter and various jobs while living there. She moved to Mesquite, Texas, and later moved to Memphis, Tenn., where she joined Middle Baptist Church under the leadership of the Rev. Lester Baken and served on the Usher Board. Tricia worked with ISS Facility Services as a Project Manager for 10-plus years and was Director at Total Life Changes Vitamins/Supplements.

After retirement, she returned to Varnado. She joined the New Zion Missionary Baptist Church, under the leadership of the Rev. Dr. Linza R. Cotton. She served on the Usher Board. She was an active member of the Senior Women’s Mission Auxiliary and attended Sunday Church School regularly. She was also attending Harper Baptist Theology Seminary.

Tricia was the life of the party and lived life on her own terms. She would speak her mind, but she had a heart of gold with a generous giving spirit. She was very sociable and had a passion for helping others. She enjoyed cooking and was a hard-working entrepreneur. She owned and operated “Sparkling Cleaning Services” and “Manicurist On the Go.” She never met a stranger and developed many close friendships with her customers. She will be missed by so many people.