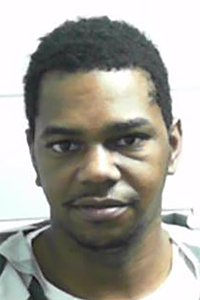 On Thursday, officers with the Bogalusa Police Department Criminal Patrol Division conducted an investigation into the sales of illegal narcotics from a residence on Superior Avenue, according to BPD officials.

Based on information obtained during the investigation, officers obtained a search warrant for the residence of Kentrell Williams of Bogalusa. Officers with the Criminal Patrol Division and Detective Division executed the search warrant and arrested Williams on an unrelated arrest warrant, officials said.

During the search of Williams’ residence, officers reportedly located evidence of drug trafficking, to include numerous types of illegal narcotics, drug paraphernalia, several firearms, and currency believed to be the proceeds of narcotics sales.

Williams was booked into the Bogalusa City Jail, and was later transferred to the Washington Parish Jail for housing.