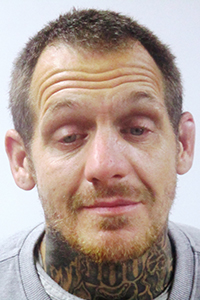 Whitney Landon McNeese, 37, a resident of Louisiana Highway 438, was arrested Monday in Franklinton on an outstanding warrant by the Washington Parish Sheriff’s Office and jailed on charges of unauthorized entry into an inhabited dwelling and attempted simple burglary, according to WPSO Chief Deputy Mike Haley.

Haley said that this is the 21st arrest for McNeese in Washington Parish, beginning in 2006 when he was charged with burglary of an inhabited dwelling and criminal damage to property. The 2006 jail record also indicates he had a hold from the Louisiana Department of Probation and Parole, indicating that he was on probation from a previous arrest, possibly in another jurisdiction.

McNeese’s next arrest was later in 2012 when he was charged with possession of stolen property, criminal conspiracy and failure to appear in court. In 2015, he was arrested for the ninth time on a charge of theft. A year later he was arrested again and charged with burglary of a vehicle and four counts of unauthorized use of a bank card. He faced a single count of assault in a 2017 arrest, and a later 2017 arrest charged him with unauthorized entry of an inhabited dwelling and theft. Five months later he was arrested again for unauthorized entry into an inhabited dwelling.

His 14th arrest was in 2018 when he was charged with theft, obstruction of justice and possession of drug paraphernalia. Arrest No. 15, later in 2018, was for felony criminal damage. January of 2019 marked his arrest for identity theft, fraudulent acquisition of a credit card and theft. Four months later he was arrested again on charges of burglary, attempted burglary, criminal conspiracy and failure to appear in court.

McNeese was not alone at the time of his 21st arrest, Haley said. Also in the same vehicle and arrested was Jeremy Wade Forbes, 37, a resident of Angie Road in Sandy Hook, Miss. Forbes was charged with possession of illegal drugs, possession of drug paraphernalia and contempt of court. 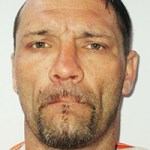 “Wow, arrested twenty-one times just in Washington Parish,” Washington Parish Sheriff Randy Seal said. “One can only wonder how many arrests McNeese might have in other jurisdictions. It seems we arrest some folks over and over, only to see them back in the community committing other crimes. There comes a time in a criminal’s life when he should be locked up for a very long time in order to prevent his continuing to prey on innocent, law-abiding citizens.

“The same can be said for Forbes. Seven arrests in one parish are far too many. Plus, it seems both of these fellows continuously thumb their noses at the courts by failing to appear at their appointed time. I congratulate our patrol deputies and drug task force detectives for being vigilant in this and all other matters.”

“According to the WPSO Jail warden prior to 2006, McNeese was arrested several times between the years 1997 and 2005, indicating that he has more than 21 arrests in Washington Parish,” Haley said. “How many more? We don’t know. Most records during that time period were paper and were kept in a storage room beneath the jail. During one of the times when the Bogue Chitto River flooded, that portion of the jail was inundated and records were destroyed. That, along with a broken sewer pipe, rendered the records totally unusable and not retrievable.”