A flag to show pride in our magic city 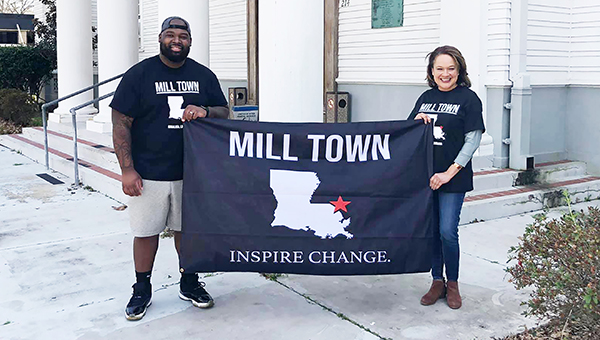 Bogalusa native Kevin Magee recently presented a “Mill Town” flag to Bogalusa Mayor Wendy Perrette. Magee said that the flag was raised to bring unity to our community and inspire everyone that they can be a part of the change in creating “the Bogalusa we want to see.”

One person can’t do it, but a few people in the community together can. Magee stated that “when people see that flag, I want them to think about where we were, where we are, and where we can be.”