Sheriff: Man, 22, arrested for stabbing death of his father 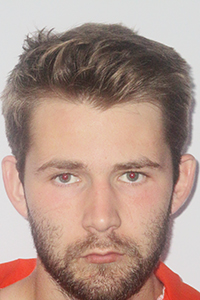 On Wednesday, Konner Lee Ford, 22, a resident of Old Columbia Road near Angie, was arrested by the Washington Parish Sheriff’s Office for the stabbing death of his father, Kevin Ford, according to WPSO Chief Deputy Mike Haley.

Haley said that Konner Ford was arrested without incident by WPSO Lt. Chris Hickman. WPSO Det. Corbet Hunt and other detectives conducted an investigation which led to a charge of second-degree murder, Haley said.

Ford was booked into the Washington Parish Jail. The magistrate judge set his bond at $800,000.

“This is a tragic situation,” Washington Parish Sheriff Randy Seal said. “My sincere sympathies are extended to the entire Ford family during this time of grief.”