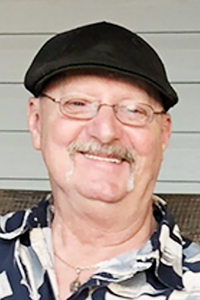 Willie Ottis Mizell III passed away on Monday, Feb. 22, 2021, at St. Tammany Hospital in Covington, at the age of 68. He was a resident of Bogalusa.

Ottis was loved by everyone and will be missed so very much. He attended the Church of United Faith. Ottis was a devoted member of Alcoholics Anonymous of Bogalusa for 23 years.

He is survived by one son, Jerome Roy Mizell of Jean Lafitte; and one daughter, Carla Brewer of Winslow, Alaska. He is the grandfather of Mikey (Ashley) Mizell of Southwest City, Mo., Montana (Dillon) Longley of Winslow, and Charlie (Laikin) Michel of Tylertown, Miss. He is the great-grandfather of Carla Sue Longley, Delaynee Mizell, Kaydee Mizell, Grayclee Mizell and Lana Michel. He is also survived by his stepmother, Helen Mizell of Bogalusa; two brothers, Marty (Samantha) Mizell of Bogalusa, and David Pickard of Gatesville, Texas; two sisters, Rita Howze of Paris, Tenn., and Connie Morgan of Bogalusa; as well as numerous nieces, nephews, aunts and uncles.

A Memorial Service will be held on a later date. In lieu of flowers, the family is requesting donations to be made to the charity of the giver’s choice, or to Church of United Faith, 1100 Marshall Richardson Road, Bogalusa, LA 70427, in honor of Willie Ottis Mizell III.

Arrangements are entrusted to Serenity Funeral Home of Covington. Condolences and tributes can be posted online at www.serenitycovington.com.