Sheriff: Man arrested again, 8 days after his release from jail 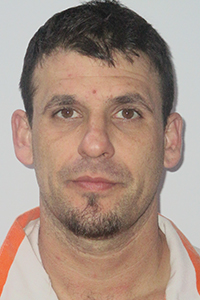 Haley said that Lester, a resident of Mt. Pisgah Road in the Mt. Hermon area, entered a parish residence wearing no shirt and no pants while a woman and her children were inside waiting on her husband to return home from work. Lester reportedly harmed no one, but simply sat down on the couch and covered himself with a blanket.

“After repeatedly telling Lester to leave, the woman called the Sheriff’s Office and Deputy Randall Garcia responded,” Haley said. “Garcia arrested Lester and transported him to the Washington Parish Jail, where he was booked on charges of unauthorized entry into an inhabited dwelling, criminal trespass and disturbing the peace.”

He faced additional charges in 2016 when he was jailed for two counts of theft, criminal damage to property, attempted burglary of a religious building and being a fugitive from another jurisdiction. His fifth arrest, in January, was on charges of domestic abuse with strangulation, aggravated assault on a dating partner, battery and two counts of being a fugitive from the Bogalusa Police Department.

“Obviously, this is a troubled young man,” Washington Parish Sheriff Randy Seal said. “He needs help in a big way. Otherwise, I fear he is destined for a bleak future with even more arrests and more time behind bars. Thanks, Deputy Garcia, for responding so quickly and removing Lester from this residence.”