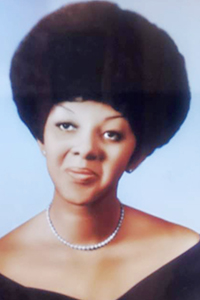 Wilma was born on July 24, 1948 in Bogalusa, to her parents, Lennie Vinsont and Eddie Barnes Sr. She graduated from Central Memorial High School in 1965. Wilma moved to Oakland, Calif., in 1971, where she became a member of Pentecostal Way of Truth Church under the leadership of the late Bishop Calvin Davis. Wilma married Horace Cornish in 1977, while at Pentecostal Way of Truth. She completed degrees from Merritt Junior College in 1993 and a Bachelor of Arts Degree in Liberal Studies, and a multiple subject teaching credential from Cal State East Bay in Hayward, Calif., in 1995. Wilma taught elementary school, eventually becoming an Assistant Principal for several years before retiring. Wilma dedicated her remaining time to her church, Pathway of Truth Apostolic Church, where she was a Co-Pastor with her husband Horace; and also educating and caring for her grandchildren. Wilma was a patient and supportive teacher with a passion for literacy and the arts. She had a passion for all things Christ and encouraged souls to change their lives. Inspiring creativity and dedication in others was her life-long goal.

Mrs. Cornish will be buried in a private ceremony on Wednesday, Feb. 24, in Stockton.