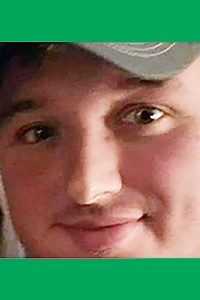 Mr. Dustin A. Dykes, 25, went to be with the Lord on Saturday, Feb. 13, 2021, after a fatal car accident. Dustin Dykes was a resident of Bush. He was born Sept. 11, 1995. He is a graduate of Covington High School, Class of 2014. He was active in sports during most of his childhood, excelling in baseball. Dustin was avid hunter and spent most days that he could in the woods during hunting season. He worked as a welder and then offshore. He had planned on attending college in the fall for nursing to follow in his mother’s footsteps.

Visitation was at Poole-Ritchie Funeral Home on Friday, Feb. 19, from 10 a.m. until time for a memorial service at 2 p.m. in the funeral home chapel with the Rev. Gussie Tynes Jr. officiating, proceeding to Pounds Cemetery to be laid to rest.