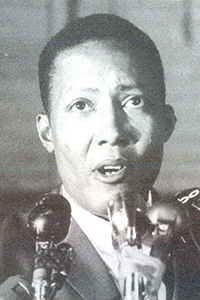 Earlier this week, the designation was made official with a proclamation from the office of Mayor Wendy Perrette.

“Whereas, because of significant civil rights contributions of Bogalusa resident Robert ‘Bob’ Hicks, his home has been awarded the singular honor of receiving the very first permanent, historical site marker for an African-American person, of historically important edifice, or dwelling in Washington Parish; and

“Whereas, the Robert ‘Bob’ Hicks House has been listed on the National Register of Historic Places by the National Park Service (NPS) out of Washington, D.C. This is the country’s official list of United States historic sites considered ‘worthy of preservation.’

“Whereas, the Hicks House was listed on the National Register on January 20, 2015 for its importance to the ethnic heritage of blacks, due to its significance within the civil rights movement in Bogalusa, Louisiana and for its association with Robert ‘Bob’ Hicks, a prominent Civil Rights leader in Bogalusa who was known and acknowledged on a local, state, and national level; and

“Whereas, as we mark the 45th year of National African American History Month, let us reflect on the sacrifices and contributions made by generations of African Americans, and let us resolve to continue our march toward a day when every person knows the unalienable rights to life, liberty, and the pursuit of happiness.

“Whereas, the 2021 Black History Theme is: The Black Family; Representation, Identity, and Diversity.

“Now, therefore, be it resolved, I, Wendy O’Quin-Perrette, Mayor of the City of Bogalusa, do hereby proclaim February 20, 2021 as: ‘Robert ‘Bob’ Hicks Day in Bogalusa’ and ‘National African American History Month.’”