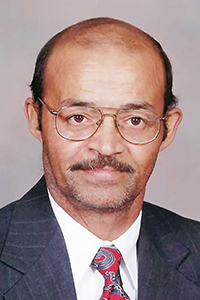 Eric was a beloved husband, father, brother and friend who dedicated many years of his life to helping others. He retired from the U.S. Postal Service in Covington. He spent his retirement years offering handyman services to those who needed them. Born of Catholic faith, he became an associate member of Wesley Ray United Methodist Church in Angie, where he served as part of the United Methodist Men and Senior Sunday School.

A veteran of the U.S. Army, Eric will be remembered for the things he loved to do. He enjoyed hunting and fishing and watching football and boxing.

He was born on Aug. 2, 1950, to James and Stella Cousin in Lacombe. He was preceded in death by his parents, and a daughter Danielle Cousin.

Eric will be remembered for his fierce independence, strength, feistiness and love for his family.