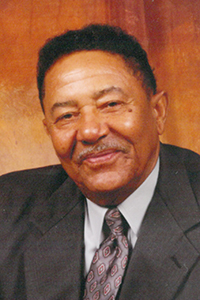 Hamilton Burris, a lifetime resident of Franklinton, departed life on this earth on Tuesday, Jan. 19, 2021. Born March 7, 1938, to Talmage Burris and Madgquin Crawford Burris, he was the third of six children.

Hamilton united with the Bethel Church of Christ and remained a member until his demise.

He was a 1956 graduate of Washington Parish High School. He served in the United States Army from 1963 to 1967 when he was honorably discharged. He was an electrician and automobile mechanic who spent the majority of career self-employed.

A Drive Through viewing was held Friday, Jan. 22, from 2 p.m. until 6 p.m. at Crain and Sons in Franklinton.

Graveside service will be on Saturday, Jan. 23, at noon at Bethel Church of Christ Holiness USA Cemetery with Elder Alvin Partman, pastor, officiating.

Crain and Sons Funeral Home of Franklinton is in charge of arrangements. Sign the guestbook online at crainandsons.com.