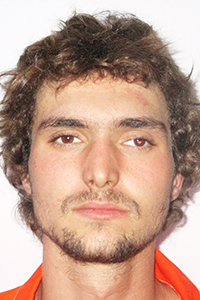 Late Thursday evening, Washington Parish Sheriff’s Office Deputy Kyle Stogner and Detectives Raymond Myers and Chad Cassard were on criminal patrol near Angie when they spotted a vehicle that had been driven through a stop sign without stopping. The officers initiated a traffic stop and encountered Garrett Wayne Simmons, 24, a resident of Adams Street in Bogalusa.

WPSO Chief Deputy Mike Haley said that Simmons had a loaded semi-automatic 9-mm pistol in his jacket pocket as well as marijuana and methamphetamine visible inside his vehicle.

“What started out as a routine traffic stop resulted in drugs and a weapon removed from our community,” Washington Parish Sheriff Randy Seal said. “I commend our officers for always being alert as they patrol our communities around the clock to help keep us safe.”