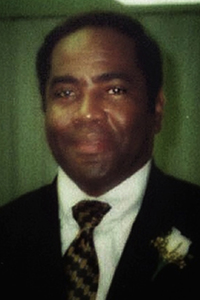 Sgt. Major Reuben André Evans passed away in New Iberia on Wednesday, Jan. 6, 2021 at the age of 74. He was born in Bogalusa on Aug. 19, 1946, to the late Milton Edwin Sr. and Ruby Hyde Evans. He was the eldest of nine children. He came from a family where Christian values were taught. His Christian baptism was at Annunciation Catholic Church in Bogalusa. Growing up he also attended Salter Chapel A.M.E. Church in Bogalusa, where his father was a member. Reuben graduated from Central Memorial High School with honors in 1964. He received a bachelor’s degree in French with a minor in Spanish from Grambling State University. He enlisted into the U. S. Army during the Vietnam War and served in Military Intelligence. He was a specialist in linguistics, and these special skills offered many opportunities to aid our country overseas in times of war and peace. He was stationed in Germany for many years and served in the Gulf War against Iraq. He retired from the U.S. Army, receiving many honors and awards, with 24 years of service.

The family wishes to extend their heartfelt appreciation and thanks to the dedicated medical staff at Iberia General Hospital and Medical Center. The funeral service is pending due to the COVID-19 pandemic.

Arrangements are by Fletcher Funeral Home of New Iberia. Condolences may be expressed online at www.fletcherfuneralhomes.org.