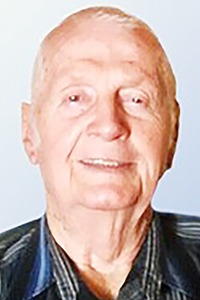 A man of faith, loving husband, father and friend, Charles Ray “Pee-Wee” Lee, 83, resident of Bogalusa, went to his heavenly home when Jesus his Savior took his hand on Jan. 11, 2021. Charles was born in Poplarville, Miss., on July 6, 1937.

He was preceded in death by his mother, Myrtis A. Lee-Lee, and father, John M. Lee; his father and mother in-law, Rev. Gordon W. Brock and Ollie Homes-Brock; a sister, Lois Lee-Raftery, and three infant brothers, John, Reginald and Donovan; his sister-in-law, Genelda Brock-Cornwell; and a brother-in-law, Rev. Douglas Seal.

The family would like to send special thanks for a lifetime of love and support from family, friends, Sheridan Jesus Name Holiness Church, The First Church of Bogalusa and Lighthouse Christian Church of Delaware, and the Washington Parish Sheriff’s Department and especially Lt. Chris Hickman.

Poole-Ritchie Funeral Home is in charge of the arrangements. A private graveside service will be held at a later date.