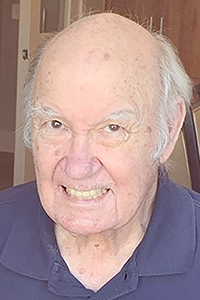 On December 23, 2020, Albert Walker, 78, entered his heavenly home after a lengthy battle with Alzheimer’s and its associated complications. Albert (“Al,” “Big Al,” “Little Albert,” “Brother” and “Uncle Al”) will be missed by many. He was a great husband, dad, granddad, son, brother, and father-in-law and uncle. We all will miss his bright personality, sense of humor, and gift of conversation. He rarely met a stranger and even through his struggles, he kept his great smile and made new friends with his continuing helpful nature. While we are mourning his loss, we are grateful that he has found peace at last.

Albert was born October 26, 1942 in Bogalusa, Louisiana to Dewitt Albert Walker, Jr. and Ruby Horn Walker. He loved his hometown and had wonderful childhood memories of growing up there. He graduated from Bogalusa High School in 1960 and then graduated from Southeastern Louisiana University in Hammond, Louisiana in 1965 with a Bachelor of Arts in Education. Albert served his country in the US Air Force for four years from 1967 to 1971. The majority of his career was in textbook sales with Scott Foresman in Shreveport, Louisiana and then in recruiting for the Bachelors and Masters programs for LeTourneau University’s campus in Houston, Texas.

He is survived by his wife of 54 years, June Primm Walker and his two children and their spouses: Samantha “Mandy” Walker and Rhett Clark, and Albert “Bert” and Allison Chipman Walker; and five grandchildren: William Clark, Travis Clark, Joseph Walker, Ruby Walker and Eden Walker; his two sisters and their spouses: Sylvia Ellen Walker and Sidney Melancon and Mary Alice Walker and Michael Broussard and his sister-in-law and spouse: Jo Ann Primm and James Gross; and sister-in-law: Linda Grogan Primm; his Aunts: Nadine Walker and Raye Horn, and six nephews and two nieces and numerous Horn and Walker family cousins.

Albert was preceded in death by his parents: Dewitt Albert, Jr. and Ruby Horn Walker and his brother-in-law, Ross Primm.

A memorial service is being planned for the spring. In lieu of flowers, the family requests that you make a memorial donation in Albert’s name to the charity or organization of your choice. Should you wish to post a comment or offer condolences to the family, please visit the Neptune Society’s website at: www.NeptuneSociety.com.