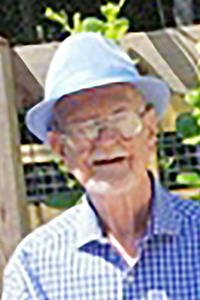 Mack was the former co-owner and manager of Modern Finance Co. for 40 years before his retirement in 2011. Mack was involved in the finance industry for over 50 years, working with Home Finance Co. and CIT Financial before joining Modern Finance.

Mack was involved in many civic organizations, both locally and statewide. He was a longtime member of the Bogalusa Lions Club and Bogalusa Country Club, serving in many leadership positions over the years. Mack took great pride in helping others through his work with Modern Finance and his volunteerism.

Mack was born in Marlow, Okla., on June 24, 1929, to John M. and Geranah “Jerry” Corcoran. He attended college in Edmond, Okla., before serving two years as a corporal in the U.S. Army at Ft. Polk in Louisiana. After his discharge, Mack attended Oklahoma University in Oklahoma City, Okla.

Mack met Barbara while stationed at Ft. Polk, marrying in 1952. Mack and Barbara moved to Bogalusa shortly after marrying, as Mack was transferred with Home Finance Co. to Bogalusa. Mack and Barbara had resided in Bogalusa until recently where they have been living with daughter Paige in Baton Rouge, both recovering from recent health challenges.

Mack and Barbara have so appreciated all of the calls, letters and cards inquiring on their wellbeing.

Mack was a wonderful father and husband. He was very close with his family, always making sure his children were safe and on track in life. He was the perfect role model for his children and grandchildren. Mack was very social and enjoyed many long lasting friendships, which he treasured. Mack looked forwarded to his monthly Lions Club meetings. He enjoyed playing golf with his Wednesday afternoon buddies back in the day, traveling when he could get away from the office. Mack had fond memories of a whirlwind trip to Europe with his son Michael back in the 90s. Hoping, one day, to visit his granddaughter Pamela who lives in Dubai, United Arab Emirates, with her husband Piotr. He enjoyed spending time with Bobbie at the Hollywood Casino in Bay St. Louis, meeting friends and gambling. Mack and Barbara visited their daughter Paige often in Baton Rouge. They looked forward to a yearly Kentucky Derby party held by a close neighbor of Paige’s. More recently, Mack and Barbara have been busy keeping up with happenings of their four great-granddaughters, with a fifth great-granddaughter on the way this spring, all living in Castle Rock, Colo.

Services celebrating his life will be held at Poole-Ritchie Funeral Home and Crematory in Bogalusa on Saturday, Jan. 9. Visitation will begin at 9:30 a.m. and continue until the funeral service begins at 1 p.m. Interment will follow at Hillview Memorial Gardens. Military Graveside Rites will be performed by the American Legion Magic City Post #24.

The Family would like to thank all of those who have extended their sympathies and condolences and the wonderful friends and neighbors who have assisted Mack and Barbara while they have been away.