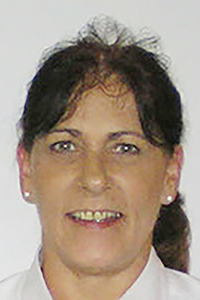 Jill Simmons Walters, born in Bogalusa, and a resident of Baton Rouge, passed away on Tuesday, Dec. 29, 2020, at the age of 70. She was born Oct. 16, 1950, to James I. “Jack” Simmons Sr. and Margaret Leontine Black Simmons. Jill was the fourth of seven siblings.

She is survived by two children, Charles “Chuck” Walters Jr., wife Heather, and Angela Walters Lackie. Known as their “Gigi,” she leaves behind three adored grandchildren, Basia and Balyn Walters and Paisley Lackie.

She is survived by her adoptive mother, Geraline Winters Simmons, of Covington; and four brothers, James I. “Jimmy” Simmons Jr. of Ashville, N.C., Thomas Hal
“Tommy” Simmons of Washougal, Wash., Timothy Joseph “Tim” Simmons of Baton Rouge, and Brad Allan Martin (Lorie) of Covington; nieces and nephews; great-nieces and great-nephews; a sister-in-law, Donna Simmons; and many other beloved cousins.

Jill was preceded in death by both her parents; her two sisters, Margaret Ellen Simmons of Cocoa, Fla., and Mary Leontine “Teeny” Simmons of Baton Rouge; and her brother, Steven Black Simmons of Bogalusa.

To know Jill was to love her. She touched everyone that she met with a kind, concerning heart and never met a stranger. She lived by an example of faith and cared and loved with no boundaries. She will be dearly missed by many family members and friends. Though it is with heavy hearts, all are grateful and blessed to have known her. We rejoice with her and celebrate her eternal life with our Lord in Heaven.

Jill faithfully served at LSU Residential Life and retired in 2016 after being employed with the state for 43 years.

Arrangements have been entrusted to Poole-Ritchie Funeral Home and Crematory in Bogalusa. A small service will be held on Friday, Jan. 15, at 11 a.m. at Sanctuary of Peace Mausoleum in Ponemah Cemetery in Bogalusa. Celebration of life to immediately follow at the home of Donna Simmons.

“Be completely humble and gentle; be patient, bearing with one another in love” (Ephesians 4:2).