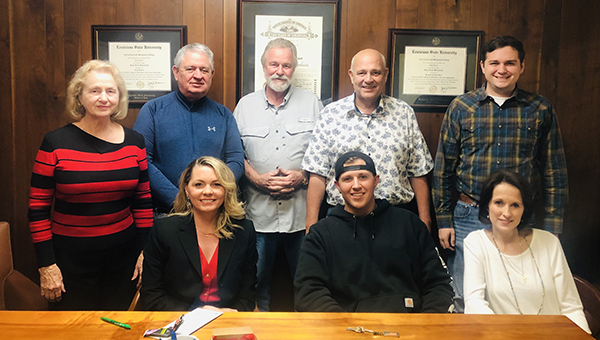 The Bogalusa Historic Cultural District and community can breathe a sigh of relief as new owners have purchased the historic Coca-Cola Bottling Company building.

“We are incredibly grateful to the Brennan family for their investment, assuring the property will be preserved,” said Wendy Williams Dupont, executive director of Bogalusa Rebirth. Bogalusa Rebirth is serving as community liaison for the newly established Bogalusa Historic Cultural District.

Blackstone Property Company of Louisiana, owned by Bernie and James Brennan, has a renovation plan that will highlight the building’s unique architectural significance and guarantee the property will be preserved.

Plans for the building include executive office space upstairs where the non-profit Bogalusa Rebirth office will be located, as well as renovating space downstairs to display Coca-Cola memorabilia, plus much more.

The collaboration of these two entities is the perfect fit, since each has common goals for revitalizing the city by restoring old and developing new properties.

The utilization of historic rehab tax credits will greatly influence the project, which were made available when the Louisiana Cultural District, in which the building is located, was certified through the Office of Cultural Development.

“This project is near and dear to our hearts, and we are proud to have partnered with a local family of businessmen to ensure this endeavor reaches its maximum potential and has a significant impact on the community,” Dupont said.

The Brennan family roots run deep in Bogalusa. The family has owned and operated Brennan’s Vend Works since 1950, with a record of longevity and success. They have distributed Coca-Cola products since that time.

“I know my father, Bernie Brennan Sr., would be so proud to know this project is happening under our family brand. He devoted so much of his time and energy to our city,” Bernie Brennan Jr. said.

The property was purchased from the Simmons family, which also has a strong community legacy.