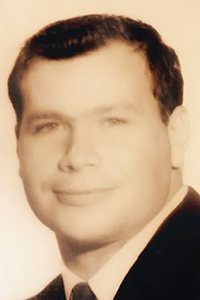 John Douglas Bush passed away on Thursday, Dec. 24, 2020, at the age of 77. He was born in Brantley, Ala., and lived in Bogalusa for most of his life. John was a loving husband and father. He was a child of the Lord Almighty. He was a member of Memorial Baptist Church. John loved spending his time with family, gardening, and fishing. He worked for the United States Army Corps of Engineers until he retired. He spent his time here on earth providing for his loving family. He was the loving husband of O’Nell Bush for 57 years, and a loving father to Tim and Ricky Bush of Tuscaloosa, Ala.

In lieu of flowers, the family is requesting donations to a church or favorite organization of the donor’s choice. Services will be announced on a later date.

Arrangements have been entrusted to Serenity Funeral Home of Covington. Condolences and tributes can be posted online at www.serenitycovington.com.